The East Brunswick Village is a 3.1 hectare site located between Nicholson Street and John Street (east-west) and Albert Street and Glenlyon Road (north-south).

The site comprises a number of land parcels and will be undergoing a significant redevelopment in the coming years to facilitate buildings of up to six storeys in scale and comprising a mix of land uses, including a new supermarket, offices, shops and dwellings. 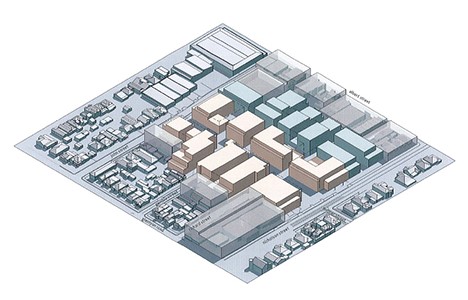 Amendment C92 to the Merri-bek Planning Scheme came into operation on 20 January 2011 to facilitate the creation of a new Neighbourhood Activity Centre on the land generally bordered by Nicholson Street, Glenlyon Road, John Street and Albert Street, Brunswick East, (including the subject site), described as ‘the Precinct’.

The planning scheme amendment underwent a comprehensive public exhibition process and consideration of all submissions by an expert state appointed planning panel.

Under Amendment C92, industrially zoned land was rezoned to Business 1 and 2 Zone (now Commercial 1 Zone) to facilitate a mix of retail, commercial, residential and community uses within the precinct, consistent with the Brunswick Structure Plan.

The Amendment also applied an Environmental Audit Overlay to the majority of the land. As part of Amendment C92, Schedule 11 to the Development Plan Overlay (DPO11) was introduced to the Merri-bek Planning Scheme.

DPO11 details requirements for the preparation of Development Plan(s) to the satisfaction of the Responsible Authority to guide the future development of the precinct.

DPO11 can be accessed on Department of Transport, Planning and Local Infrastructure website. 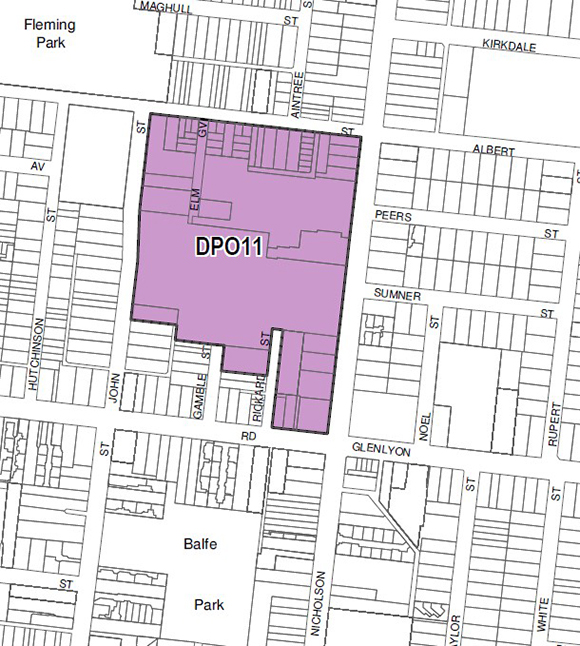 Clause 43.04-2 of the Development Plan Overlay states that:

This means that statutory public notice is exempt and third parties do not have the right to appeal Council’s decision at the Victorian Civil and Administrative Tribunal for any planning permit application within the DPO11 area that is generally in accordance with an approved development plan. Nevertheless, Council, at its meeting on 8 March 2017, resolved to conduct informal public notification.

Under Clause 43.04-1 of the Development Plan Overlay, a permit must not be granted to use land, construct a building or construct or carry out works until a development plan has been prepared to the satisfaction of the Responsible Authority.

Endorsement of the EBV Development Plan occurred after public consultation, Council consideration and a review by the Victorian Civil and Administrative Tribunal.

* This document has been superseded. The updated document is listed below under Relevant documents.

An application to amend the East Brunswick Village Development Plan was approved by VCAT on 21 February 2018. The key changes to the development plan include: 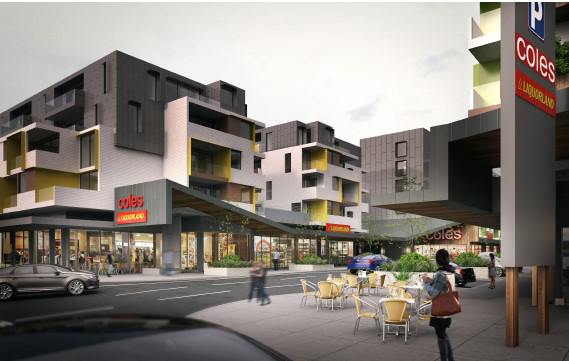 An amendment to planning permit MPS/2013/979 was issued on 2 March 2017 and subsequently amended at the direction of VCAT in September 2017.

Council, at its 25 July 2018 Planning and Related Matters Meeting, resolved to support an amendment to the planning permit.

* This document has been superseded. The updated document is listed below under Relevant documents.

Condition 2(a)(iii) is amended from:

Condition 2(a)(iv) is amended from:

A planning application was received on 20 July 2020 proposing to amend Planning Permit MPS/2013/979/D in the following follows:

Council has not yet made a decision on this application.

At its meeting on 11 July 2018, Council considered a report regarding the Yarra Trams Route 96 Tram Improvement Project - Nicholson Street, Brunswick East. You can view the report and Council resolution from Council's minutes and past agendas page.

The Council report provides background to the project along with plans for the project. More information can be found on the Public Transport Victoria website.

For further information about this site contact Council Planning Services.