Council commissioned most of this public art, meaning that Council chose artists to present their work.

Enver Camdal's mosaic artwork given a spruce up

Cleaning, re-grouting and repair has taken place at Dunstan Reserve, Brunswick on one of Moreland's rarest and most beautiful public art works.

Work was undertaken as part of the Moreland public art collection audit 2015 which recommended refurbishment, decommissioning and reassignment of works in the collection.

Thinking of the Earth by Al Stark 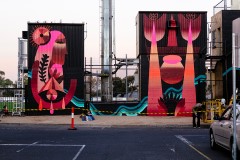 This work is related to a contemplation of the earth and its systems. Its symbolism represents subconscious thoughts on what we know we are doing to the earth, as opposed to what we are doing about it.

It aims to represent a seeing and knowing within a collective consciousness that offers cautious hope, like embers in a struggling fire. It offers the idea that we are one and the same within nature, and the universe. It concerns not one particular group, but all of us, and our future in relation to our environment. 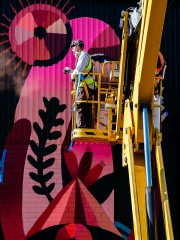 The colour-way is designed to glow and completely enliven the space.

The black background enables objects and figures to seemingly float in space and also flatten out an imposing architecture. The benign figures symbolise the human spirit, forming a narrative with the landscape that references the local Merri Creek environment.

Al Stark is a multidisciplinary artist with an exhibition and commission practice that has involved travel and work, both nationally and internationally since 2004. Due to a diversity of mediums he is able to occupy a broad context in which to communicate an agenda that largely concerns itself with the human condition and its place within the universe.

Behind the Brunswick Velodrome

Sculptural concrete path. A curled end to a pedestrian/bicycle path behind the Brunswick Velodrome. 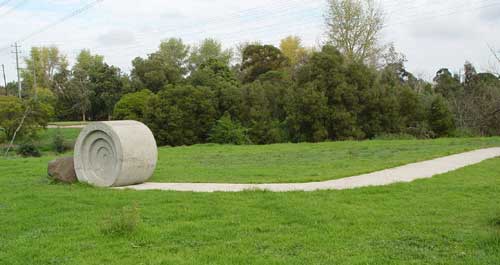 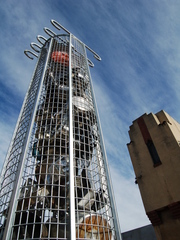 New Order consists of five freestanding columns fixed to low concrete plinths spaced along Sparta Place. The form of each Greek-style column is delineated by a cage of galvanised steel uprights and mesh.

The cages are filled with recycled ‘kitchenalia' toasters, kettles, saucepans, mixing bowls, teapots, etc made from various materials including stainless steel, chrome and aluminium. Note that a portion of the kitchenalia was donated by members of the local community.

New Order is based on the sister city relationship between Brunswick and Sparta. The artwork makes a direct reference to the ruined remains of ancient Greek architecture. However in Sparta Place, the universally recognised form of the classic Ionic column is constructed from contemporary domestic materials.

An intriguing interplay between past and present is thus set up. From a distance the line of columns suggests the grand architectural scale of the past, while at close quarters the more modest scale of contemporary domestic detail becomes apparent.

The surfaces of the metal objects will be affected by weathering to some degree and over time New Order will acquire a patina that subtly underscores a temporal reading of the work. 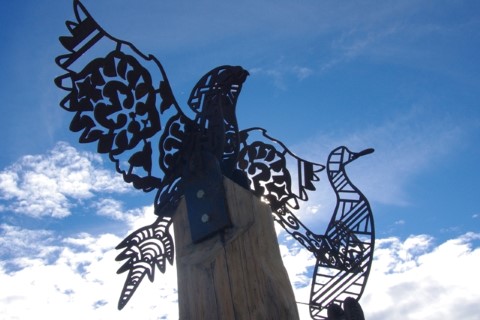 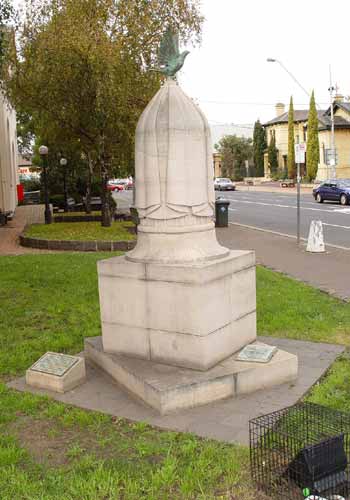 A photographic documentary created by Carla Gottgens has uncovered the hidden treasures of the residents of Glenroy.

The evocative 72 - panel work by Ms Gottgens is on prominent and permanent display on pedestrian barriers along Glenroy Road, in Melbourne's north.

Commissioned by Moreland City Council to highlight the diverse backgrounds of the residents in Glenroy and create an installation that united the community, the photographic documentary involved 18 local households.

Ms Gottgens invited every member of the household to choose a cherished item and describe its meaning and personal significance. Each panel features their words, their name and the number of years they have lived in Glenroy.

"Glenroy has a huge number of long-term residents as well as recent migrants," she said.

"For this project, I chose to focus on each person's hands, holding their chosen object.

"By removing obvious identification factors such as faces and full names, the images are accessible to all passers-by who may relate to the chosen objects through memories of their own history and personal experiences." 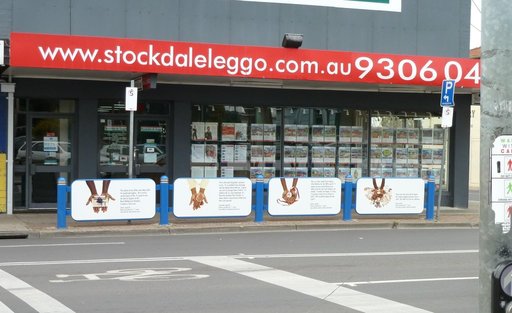 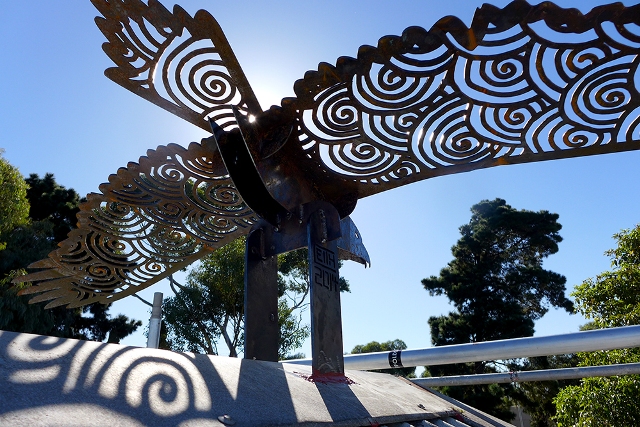