Construction works are now complete. Thank you for your patience during construction. 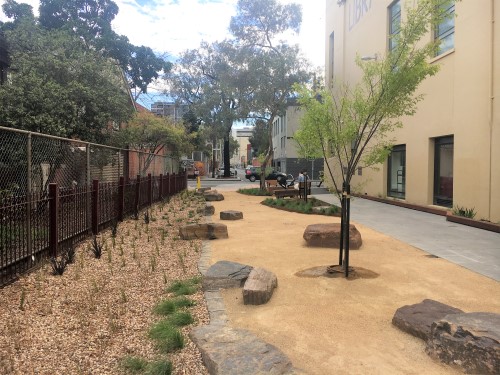 A large part of the project involved directing water underground from the library roofs to benefit the planted areas, reduce runoff down the street, and also work around the many underground services that exist on the site. 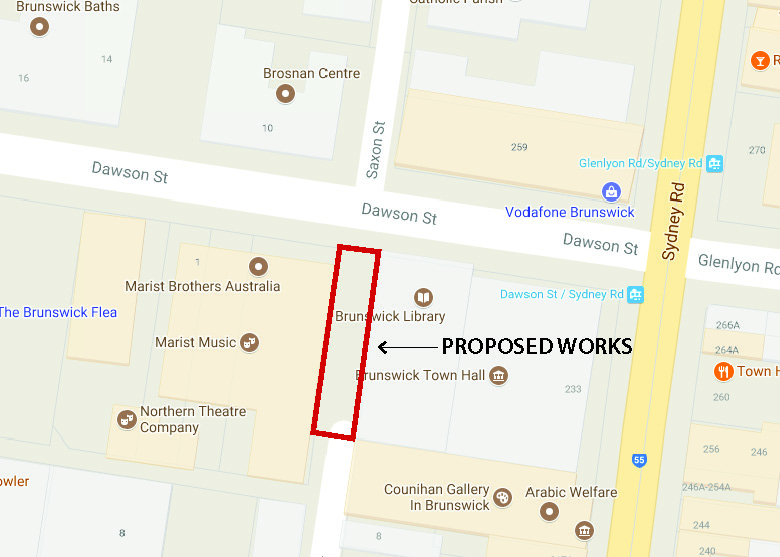 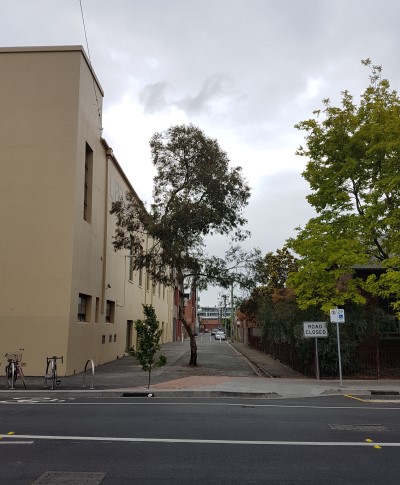 Consultation events initially took place on site in late 2015 to early 2016 (led by Co-Design) that informed Council of community visions for the space. This feedback was used to develop a draft Saxon Street Concept Design. On 12 December 2017 Council held a community drop-in session to coincide with a mailout seeking feedback on a proposed Saxon Street Concept Design (PDF 940Kb).

A side entrance to the Brunswick Library was completed in April 2018. This provides direct access to the upgraded public space as an alternative to the main library entrance, and also provides a direct route through the library to Town Hall. The new doorway was open to use in July 2018, following completion of the public space upgrade.

Feedback on the Council design draft was used in early 2018 to create a revised concept plan for tender, with a documentation design package created that considered Council requirements, the available budget, limitations of the site (underground services, accessibility etc) and the needs of the community.

Construction commenced the week of 21 May 2018, with an anticipated construction time of 8 to 10 weeks. During this time there was minimal impact on vehicle traffic movement near the site, although the proposed works site was closed to through pedestrian traffic during the construction period.

If you have any queries regarding the project, contact Council’s Urban Design Unit at email Urban Design.