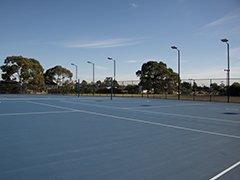 The Victorian Government’s new $9.6 million Inner City Netball Program is building 64 competition compliant netball courts in inner-Melbourne, ensuring nobody is turned away from playing the game they love.

Moreland is benefiting from the program, which will cater for the growing demand for netball by building multi court facilities where they are needed most.

Charles Mutton Reserve is a popular park with sportsfields for AFL and both synthetic and turf cricket. The basic playground has picnic tables and is well connected to surrounding streets. A state of the art raingarden provides stormwater irrigation to the sports grounds. 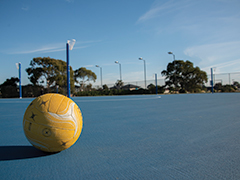 The Mutton Reserve netball court construction is funded by the Victorian Government through the Inner City Netball Program.

Construction of the Mutton Reserve netball courts commenced in September 2017.