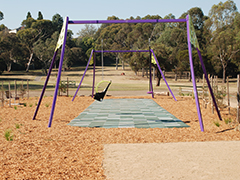 Funding was allocated in the 2017-18 Council budget to implement the Kelvin Thomson Park play space upgrade. 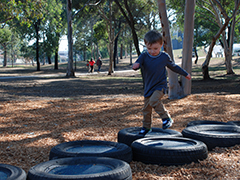 All elements shown on the concept plan were subject to feedback from the community and final budget.

Community feedback on the draft concept plan closed on 3 November 2017.

The feedback from the community was generally positive and construction planned to proceed in accordance with the draft concept plan.

Detailed plans were finalised and issued for quotation by Merri-bek suppliers in December 2017, prior to appointment of a contractor who undertook the works.