The park and play space at Campbell Reserve in Coburg has been upgraded by Council in financial year 2017-18. 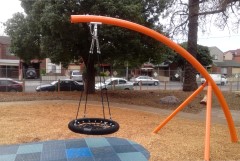 Council asked for feedback on the Campbell Reserve Play Space Upgrade draft concept plan during December 2017 to January 2018, including letter drop to local residents and this website for information and feedback.

The overall level of community support for the proposed play space upgrade received through consultation was seen as an endorsement of the draft concept plan. The final concept plan was subject to budget provision and any feedback received. 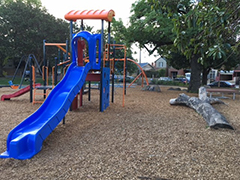 Early works commenced on site with new park fencing installed to the Moore Street frontage. Work on the play space and picnic area commenced on Wednesday 14 March 2018, and the upgrade was completed in May 2018.

Subsequent landscape work to the park frontage was carried out with planting of trees and a native garden at the new park entry from Moore Street.