As part of the 2015-16 Capital Works Program the following public toilets were completed.

They are fully accessible, unisex and open from dawn to dusk via a solar powered automatic locking system. The roof catchment area provides water to inbuilt storage tanks (1000 litre) to assist with cistern flushing. 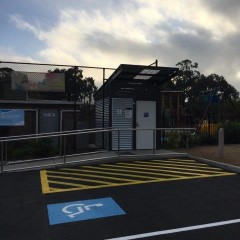 With the increased usage of Jones Park since the recent installation of a playground and barbecues, the need for toilet facilities became apparent. The new public toilet in Jones Park was opened to the public on 24 May 2016. 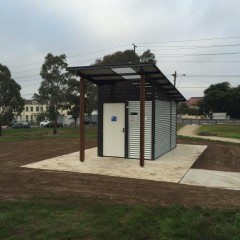