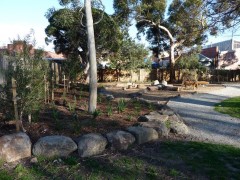 During the course of our community engagement on Warr Park, which began in the early part of 2014, there were a number of representations made to Council about the proposals we presented for the play space improvements.

Partly in response to this, a report was prepared for Council, which was considered at its 10 December 2014 meeting. This resulted in Council endorsing the recommendations.

As a result, Council gave approval to proceed with the play space improvements at Warr Park in keeping with the scope of works shown in the Draft Concept Plan for Warr Park that was made available to the community in October 2014. 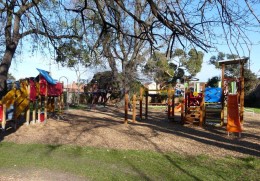 Council prepared a Draft Concept Plan for Warr Park for the play space based on our best assessment of the needs expressed by the community, including a meeting held in the park on 28 August 2014.

The Draft Concept Plan was available for comment until Friday 24 October 2014. All feedback has since been received and this has informed the decisions made on how to proceed with play space improvements.

Suggestions for some changes were incorporated into a revised version of the initial Concept Plan, which was finalised for construction after conclusion of the consultation period in December 2014.

Work on the playground commenced at the end of January 2015 and all of the changes to the main playground and the new nature play area were completed by June 2015, in time for the new facilities to be enjoyed during the school holiday break.

Shortly after this a new drinking fountain with dog dish was installed beside the main path, replacing the old one removed from the picnic area, as well as fresh gravel topping laid on paths in worn areas. There has also been extensive tree and shrub planting in the northern portion of the park, in keeping with the Concept Plan for park improvements.