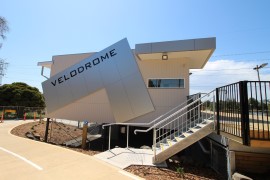 The Brunswick Cycling Club is a volunteer-run club with over 500 members. The club encourages all ages and abilities of competitive road and track cycling and has a large junior development program. In 2016 the club was 100 years old.

In August 2011, a report on the condition of Brunswick Cycling Pavilion found that the pavilion was in poor condition with some wall cracking. A recommendation was made to undertake significant
remedial action. The building was subsequently demolished in
December 2012. 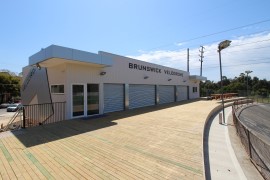 A planning permit for the removal of native trees and vegetation was obtained on 11 May 2015 with construction commencing on 25 May 2015.

Official handover of the new pavilion to the Brunswick Cycling Club took place on 10 October 2015. The project was completed ahead of schedule.

The remaining landscape works and reinstatement of the bike path were completed at the end of 2015.